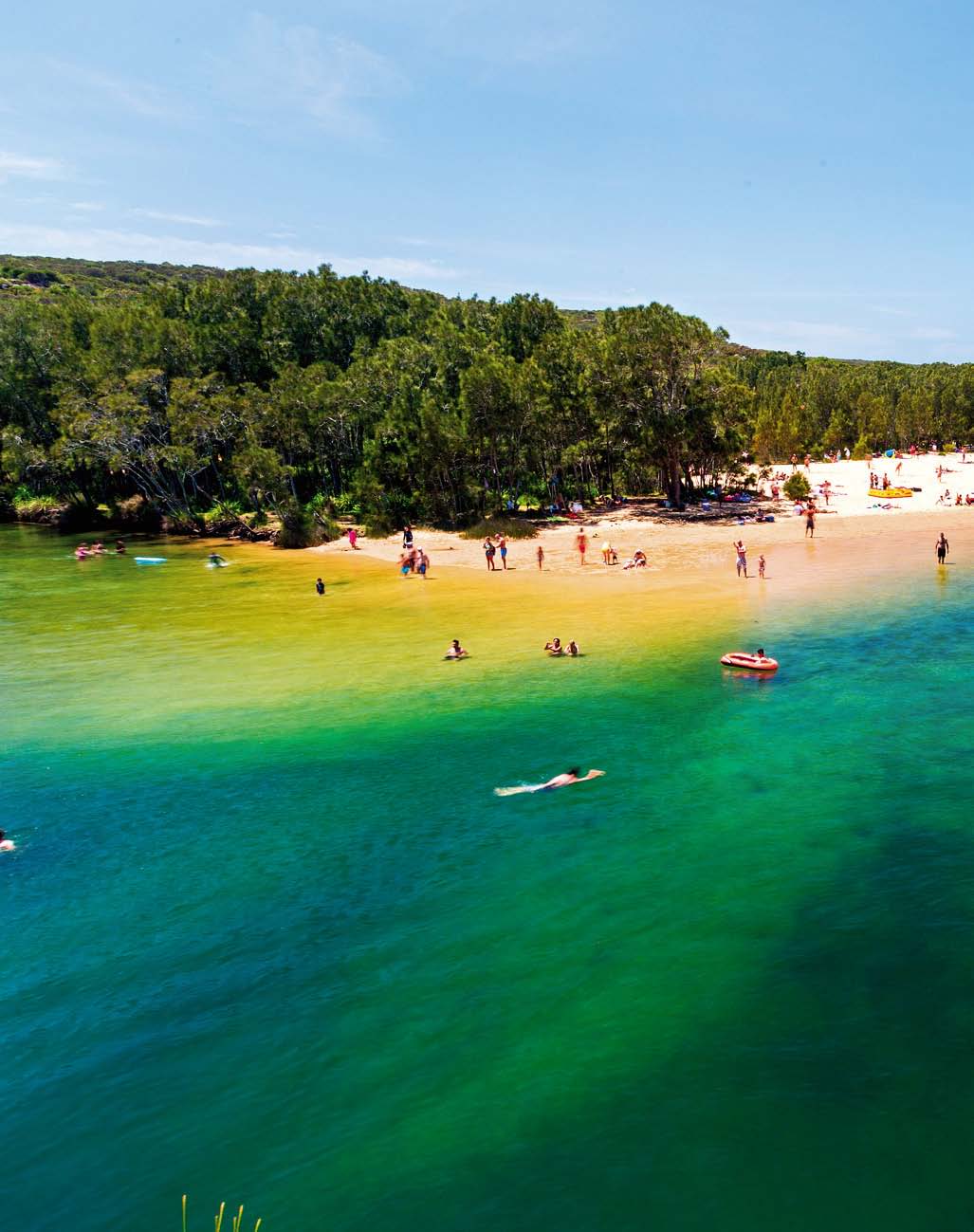 Also known as the Princes Highway Touring Route, the Grand Pacific Drive offers a multitude of mix-and-match road trips, covering the New South Wales coastline and hinterland areas south of Sydney. Here, we’ve outlined the first leg of the journey for you to explore at a leisurely pace.

Sydney can be wonderful, but let’s face it: a big city makes for a difficult setting for those lugging a caravan. So, leave Sydney’s skyscrapers behind and head south on the Princes Highway, taking your first stop at Royal National Park, within an hour’s drive from the CBD.

Known to locals as the ‘Nasho’, or simply ‘the Royal’, this 16,000-hectare park is the world’s second-oldest national park (after Yellowstone National Park in the United States). The Nasho boasts more than 100 kilometres of walking tracks and cycling trails, including the epic, 30-kilometre Coastal Walk.

There are also a few great swimming spots where you can cool off, including Garie and North Era beaches (patrolled in summer), or Jibbon, Wattamolla and Little Marley beaches. For a freshwater swim, try Karloo Pool or Deer Pool.

The park also houses some of the region’s best expressions of Aboriginal culture, known as the Jibbon Headland Aboriginal engravings. Working with members of the local Aboriginal communities, the park’s authorities have established a new viewing platform and boardwalk.

As you leave the Royal National Park, take a break from the Princes Highway and head down the coast road (official name: Lawrence Hargrave Drive) on your way towards Wollongong. You’ll soon be greeted by the sight of the 665-metre Sea Cliff Bridge, one of the highlights of the Grand Pacific Drive. This balanced, cantilever bridge caters to cyclists and walkers, as well as cars, so you’ll have the chance to stretch your legs and enjoy the impressive scenery.

A couple of kilometres south of the bridge, stop in at The Scarborough Hotel for a nice pub meal overlooking the water, or explore some of the region’s early mining history at the Bulli Black Diamond Museum Heritage Centre. Then, travel through the charming coastal villages to Wollongong’s north, including Scarborough, Coledale, Austinmer, Thirroul and Bulli, where the beaches will be less crowded, but no less beautiful.