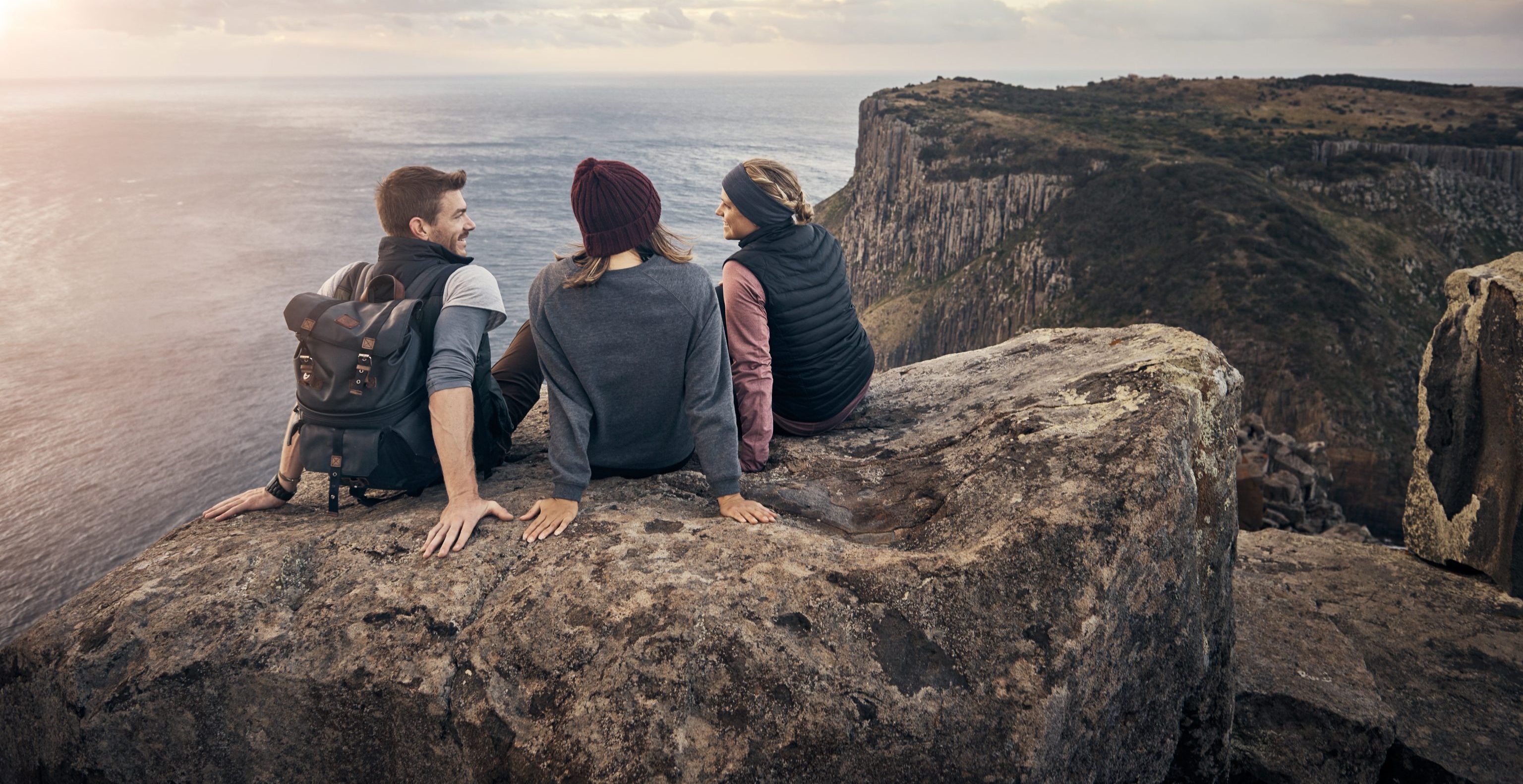 A view over the edge of civilisation

You are here: Home > Destinations > Tasmania > A view over the edge of civilisation

On the wild, isolated west coast of Tasmania, you might not find a lot of people; but the life-affirming landscapes will find you.

The roaring forties trade winds whip across one of the longest uninterrupted stretches of water on Earth, tearing from South America over three oceans before hitting the first landmass in more than 11,000 kilometres: the thunderous shores of Tasmania’s west coast. This is some of the purest air (if not the coldest and most forceful in the winter months) you could inhale. Up through coastal heaths and wetlands, the roaring forties push inland through heritage-listed forests so dense that only wind can penetrate them.

Purity is everywhere down here. It’s flaunted on Tassie beer labels, printed on produce packaging, and stamped on number plates: ‘Tasmania – your Natural State’ (well, it used to be; this slogan was retired years ago, but you get the point). Tasmania’s seclusion supports this purity. While gaining prominence among tourists, the island state is so far removed from the rest of the world that it eludes the crowds and remains somewhat ecologically untouched.

Thanks to the roaring forties and the treacherous seas they rouse, around 1000 vessels have met their demise in Tasmanian waters. More than 70 of these shipwrecks occurred off King Island, the small island in the Bass Strait between Victoria and Tasmania, approximately 80 kilometres off the north-west coast. One of Australia’s worst peacetime disasters occurred here in 1845 when the Cataraqui, an immigrant ship from Liverpool, went down only 150 yards offshore, drowning more than 400 people.

Few shipwrecks have been located, but the ones that have form a significant part of Australian maritime history and draw divers from around the world. Several wrecks can be seen from shore, and tour companies can get divers up close to see the well-preserved remains. The underwater silence gives the scene a certain solemnity. Several tours catering to all experience levels operate over hours or days, on land or offshore.

To read more on the west coast of Tasmania, including the must-visit sites, check out the spring 2021 edition of Caravanning Australia.