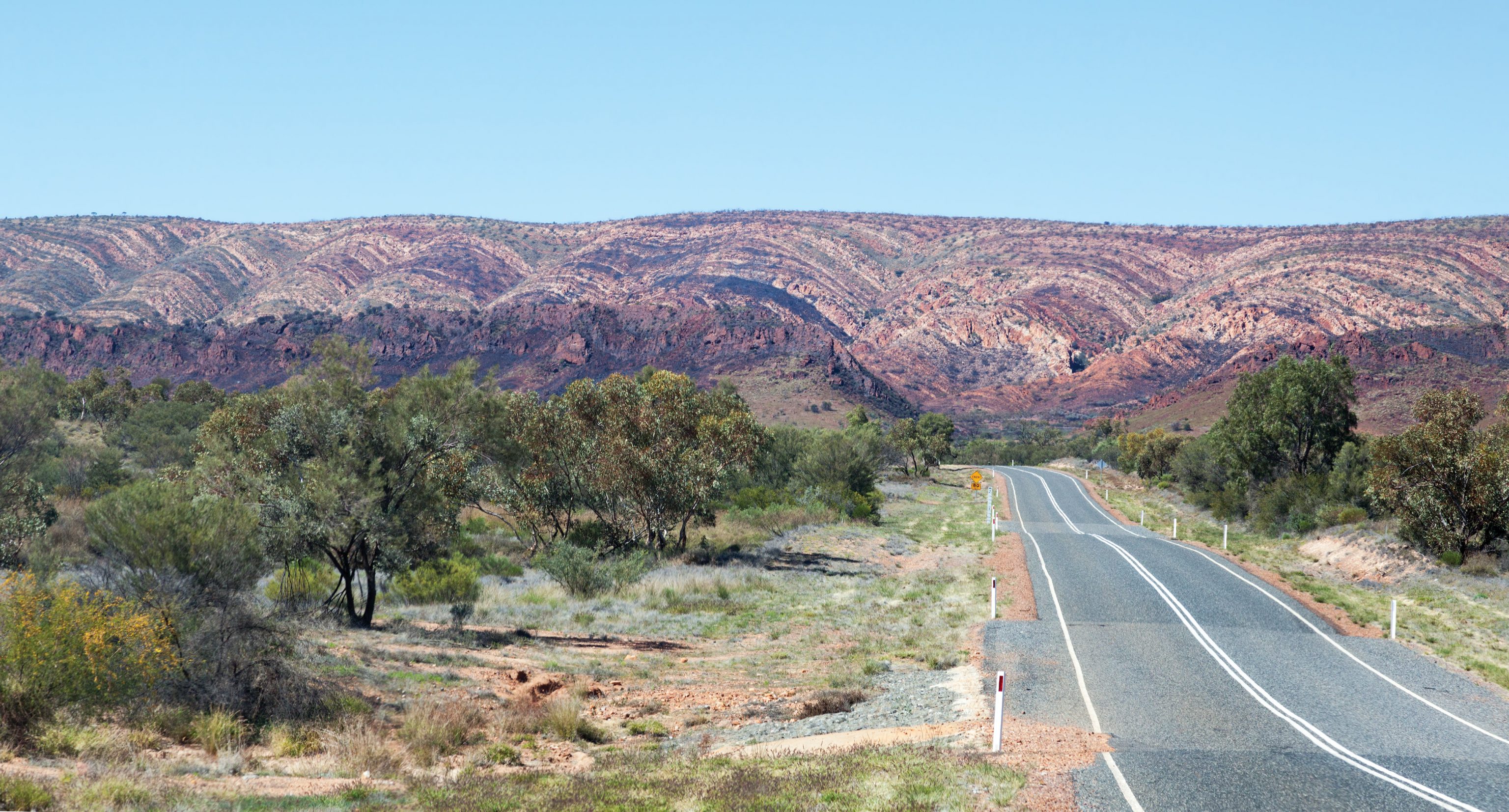 Artistry and inspiration in the Macs

You are here: Home > Destinations > Northern Territory > Artistry and inspiration in the Macs

The evocative landscapes of the MacDonnell Ranges have inspired many an artist, with the natural beauty and intrigue beguiling all who explore this region.

The MacDonnell Ranges are a 650-kilometre chain of mountains running east and west of Alice Springs. Gnarled ridges set in desert sands and shifting colours, are dotted with white ghost gums, waterholes, mulga and spinifex. By day, the landscape is ablaze in fiery oranges, ochres and reds, home to thriving wildlife. Come nightfall, skies erupt in a stellar brilliance that is only possible in Central Australia.

The ‘Macs’ inspired many of Aboriginal artist Albert Namatjira’s watercolours. Namatjira, born in the Hermannsburg mission in the Western Macs, came to painting later than most successful artists at the age of 32. He was known for capturing physical landscapes distinct from traditional Indigenous work. He paved the course for all Indigenous artists, becoming the first of commercial note, exhibited and sold across Australia from 1937 onwards, bearing an industry that is now worth several hundred million annually.

Artists, both hopeful and established, still follow Namatjira’s ghost into the Macs. Whether touring solo or as part of a creative group (for a fee, guided and catered tours operate out of Alice), spotting an artist stooped over an easel, photographer scaling a peak, or someone perched on a ridge scribbling into a notebook is about as likely as seeing dingoes at dusk.

Four hours east of the Stuart Highway, well beyond the sprawl of Alice Springs, Ruby Gap is a popular spot among these groups. A landscape that remains largely untouched with its gorge walled in by towering red cliffs, Ruby Gap is also the site of a significant piece of Northern Territory’s history. With the gold rush still sweeping Australia in the late 1800s, Ruby Gap was the first Central Australian town hit with mining fever (‘ruby fever’ more accurately) however short-lived it was.