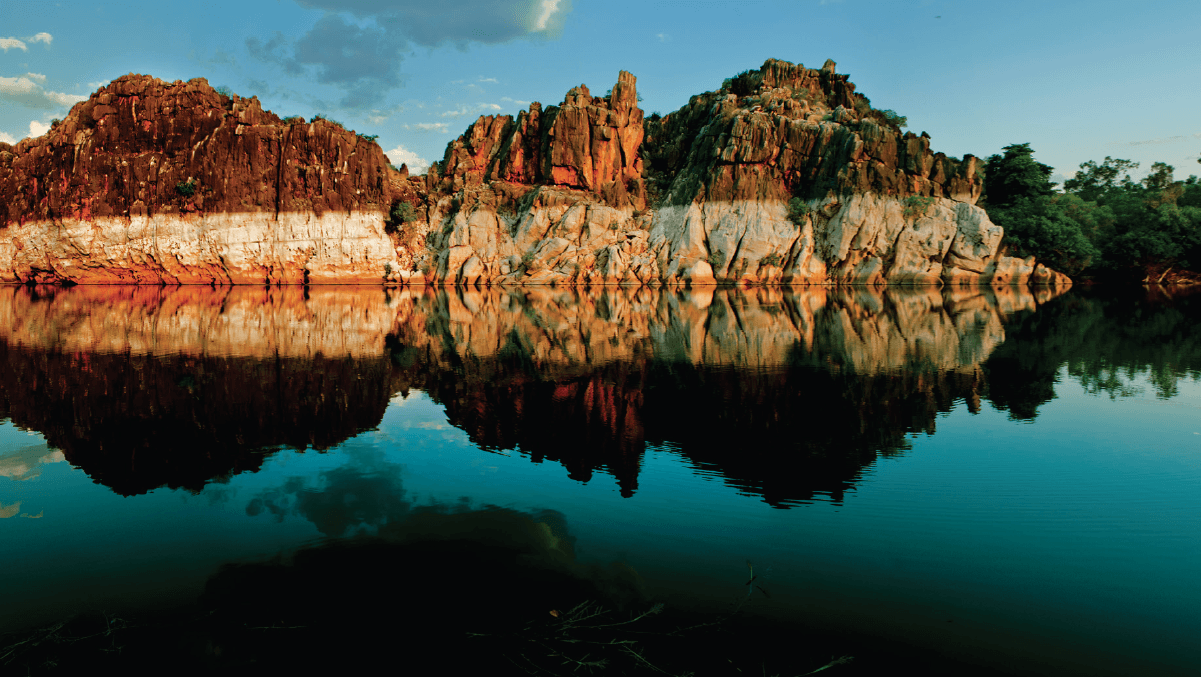 Across the northern reaches of Australia lies the Savannah Way, linking Broome in the west to Cairns in the east. At just over 3500 kilometres long, the Savannah Way is a big undertaking, so here’s just a glimpse of some of the amazing sights the route has to offer.

In Broome, visit Gantheaume Point at high tide to encounter a tropical paradise, with its contrasts of red cliffs, white sands and blue oceans. When the tide drops, marvel at the dinosaur footprints that are still held in legacy in the reef rocks. If you happen to be in Broome during a full moon, visit Roebuck Bay for your stairway to heaven. Actually dubbed the Staircase to the Moon, this stunning optical illusion is created by the full moon’s light reflecting on the exposed tidal flats.

Driving east for a few hours along the Great Northern Highway you will arrive at the Fitzroy Crossing, the gateway to some of Australia’s most stunning scenery! Geikie Gorge will blow your mind and cool your toes, if you’re brave enough to take a dip, that is. Be aware that this is croc country, though, so check the place out before you jump in and heed all warnings and signs.

Continue east along the Great Northern Highway to reach Halls Creek, one of the most phenomenal landscapes in Australia. While Purnululu National Park may not be a familiar name, you’ll never forget it once you’ve visited. The park is home to the Bungle Bungle Range, which stands ostentatiously in the landscape, proudly displaying its orange- and grey-striped sandstone domes. The range is also one of the most extensive sandstone karst terrains in the world, so be ready to stare at it with your jaw on the ground as you marvel at the surprises that nature likes to spring on us.