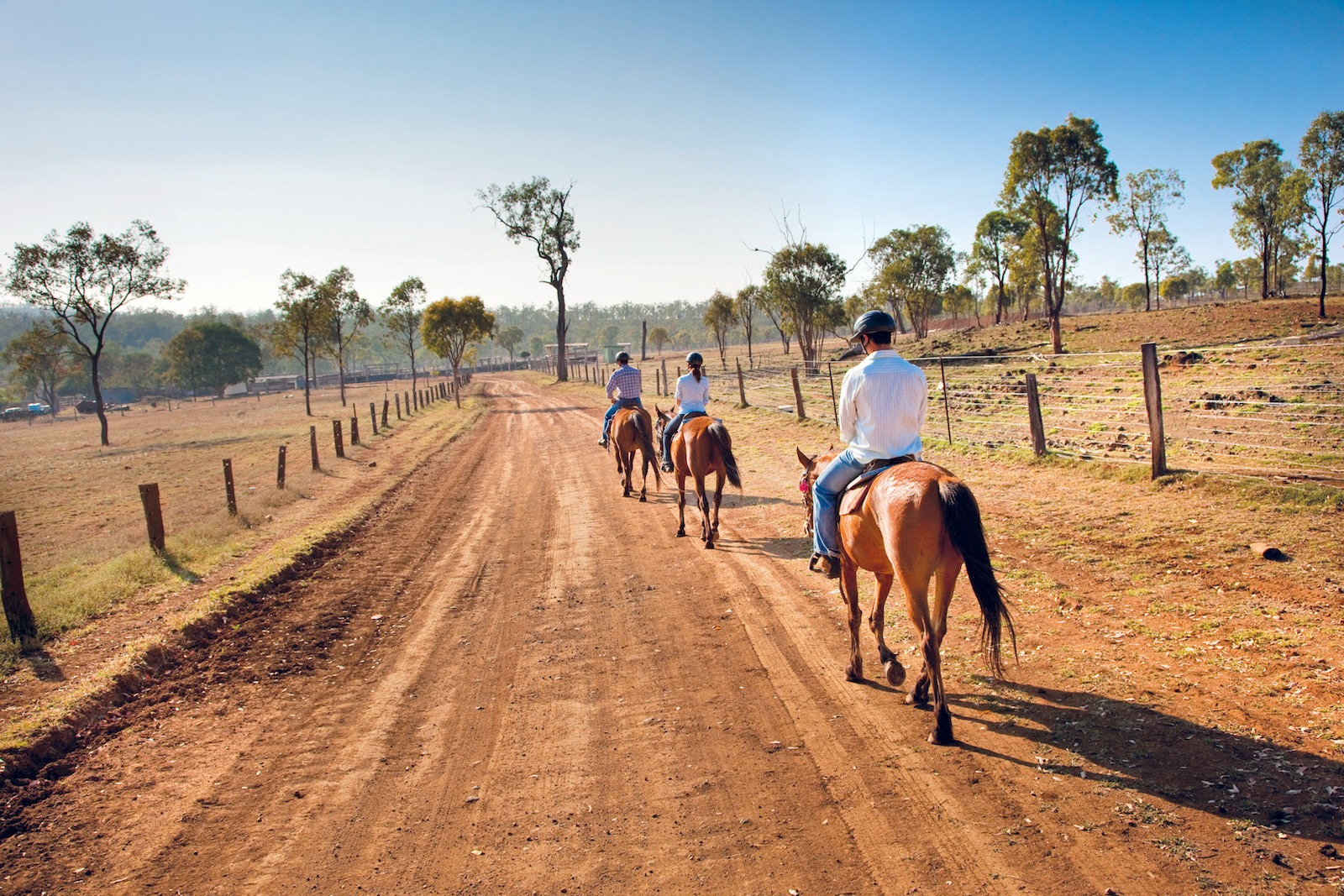 Central Queensland stretches tens of thousands of sunny kilometres, and needs only the spirit of adventure and a set of wheels to be conquered. Traversing the Adventure Way is now a comfortable journey on sealed roads that allows you to travel far and wide, but always within reach of civilisation and a hot shower!

Rockhampton, the biggest city in the Fitzroy River Basin, is the central hub of the Capricorn and Leichardt highways, and is an accessible starting point for self-drivers. With its remarkable riverside setting, it was one of the great inland cities in the 1980s. Today, you can soak up the sunny days and subtropical climates with this continued sense of grandeur as you explore the rivers, parks, award-winning restaurants and the colourful history of this region, otherwise known as ‘the gateway to the outback’.

Bid farewell to the ocean and set off inland, heading west to the old mining town of Emerald. Not named after a gem, but for the lush green pastures that once surrounded the town, Emerald is the access point to the largest sapphire fields in the Southern Hemisphere. Here, you can stop for a photo with the world’s biggest Van Gogh Sunflower painting ­– paying homage to the city’s former reputation as a major sunflower producer – looming at 25 metres high!

Making it to Longreach, you’ve travelled further along the Capricorn Highway to the largest town in central west Queensland. Boasting several caravan parks, this town is the birthplace of Qantas, and visiting the Qantas Founders Museum is an absolute must! Here, you can join a guided Jets Tour and experience the F35 flight simulator, as well as interactive displays that tell the story of how Australia’s national airline came to be.