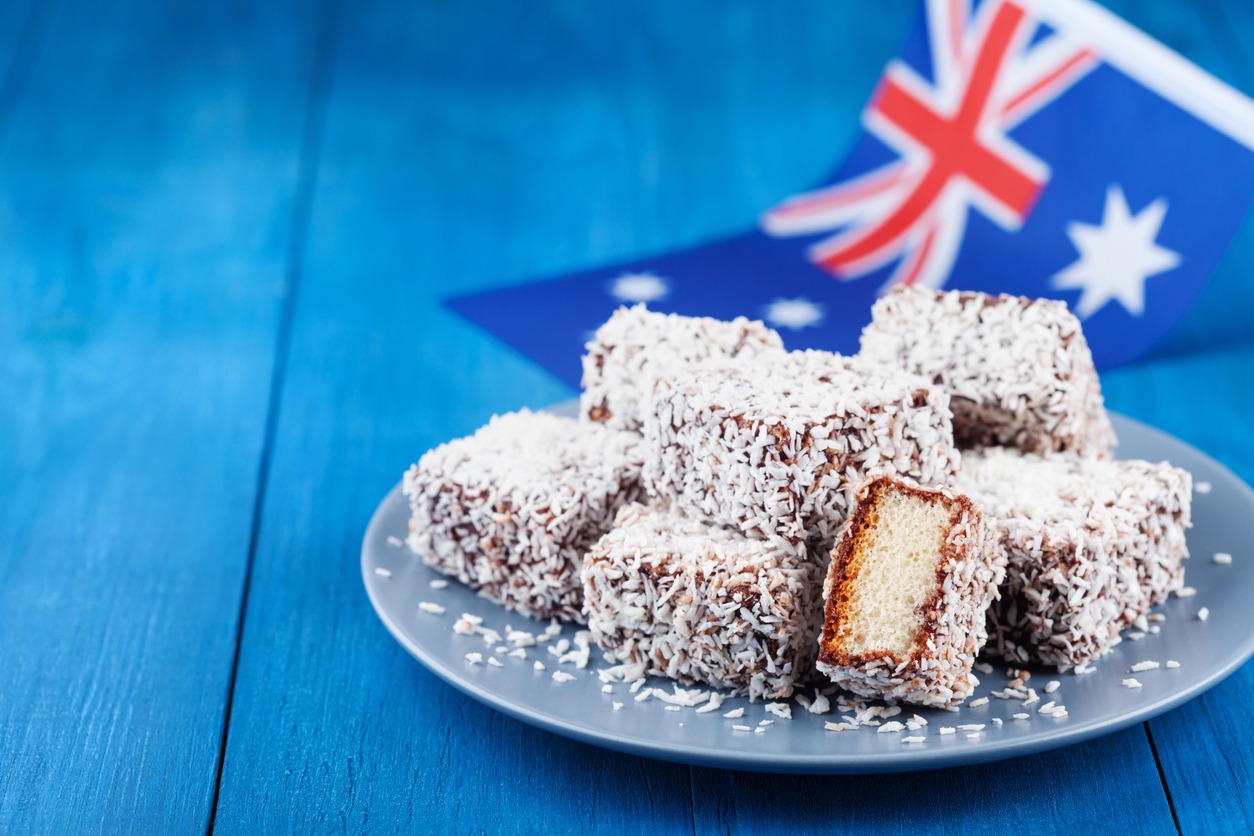 You are here: Home > On the Road > Delicious beginnings: the origins of iconic Australian food

Australia is home to plenty of delicious food — but where do some of our most iconic treats come from? Caravanning Australia dives into the history of some of our most famous foods (heads up – you might get hungry):

A (vanilla) slice of heaven

Alleged to come from the French mille-feuille (though this is up for discussion), the Australian vanilla slice is a childhood favourite. Fondly referred to as a ‘Snot Block’ due to the custard’s consistency, the vanilla slice is seen in all parts of Australian life: the school tuckshop, bakeries, afternoon tea and country homesteads.

The Australian version is a multi-layered pastry liberally dusted with either icing sugar or icing.  Every year bakers from all over Australia meet at the Great Vanilla Slice Triumph to crown one slice the best slice of them all. At the 2016 competition, more than 18000 vanilla slices were consumed over the August weekend.

Keen to sink your teeth into a slice of heaven? Try out Banana Boogie Bakery, based in Adelaide Hills. They are the very deserving Great Australian Vanilla Slice Triumph’s victors of 2017, and well worth a visit!

Meat pie in the sky

An Australian staple and institution, the meat pie first reached Australian shores at the same time as the First Fleet. The first large pie maker in Australia was Sargents, initially opening a bakery on Sydney’s Pitt Street in 1906. By October 1909, Sargents was a thriving pie company, with a four-storey factory in Darlinghurst. Since then, the meat pie has been a stalwart in Australian life – a 2003 study shows that the average Australian eats more than 12 meat pies each year.

Established in 1989, the Great Aussie Meat Pie Competition was created to discover the best meat pie in Australia. Check out a few of last year’s winners: grab a steak and pepper pie at Edison Bakehouse in Monbulk, Victoria; munch on a meat pie at Pinjarra Bakery in Pinjarra, Western Australia; or get a crocodile korma pie to go at Rolling Pin Pies & Cakes in Ocean Grove, Victoria.

Legend has it that the lamington was created when Lord Lamington, the Governor of Queensland, called upon his chef to feed unexpected guests. The chef apparently only had a few ingredients available, so he dipped some leftover sponge cake in chocolate and coconut – and the lamington was born!  This humble baked treat has become one of Australia’s most loved snacks at afternoon tea and even has a day dedicated to it (National Lamington Day is on 21 July, if you want an excuse to sit around and eat lamingtons for 24 hours).

Is all this lamington talk making you hungry? Bindoon Bakehaus in Bindoon is a popular lamington destination for those travelling Western Australia. Try the classic lamington or a more avant-garde option – the pink raspberry lamington!