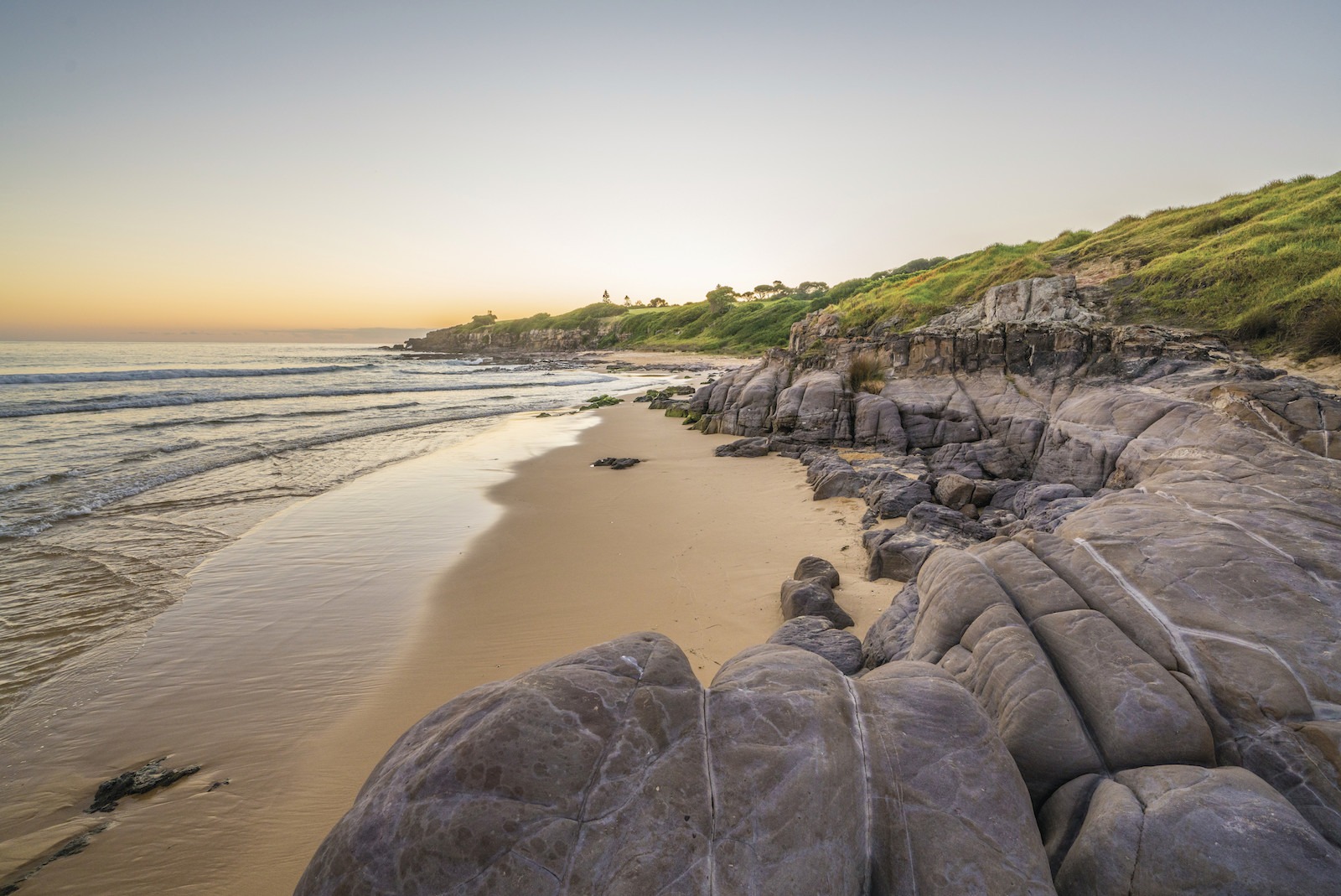 Dive into the Sapphire Coast

You are here: Home > Destinations > New South Wales and ACT > Dive into the Sapphire Coast

The Sapphire Coast – a suitable designation for New South Wales’s far south coast and surrounds – has been the site of so many beach holidays, stunning swims and idyllic walks.

Inhabited for thousands of years by the various tribal groupings of the Yuin–Monaro people, the coast stretches from Bermagui to the Victorian border. Bermagui is an ideal introduction to the region’s charms. You’ll realise immediately that the town is crazy about fishing – which definitely counts as a sport – which is an upshot of its situation on a natural harbour unusually close to the edge of the continental shelf, where the submerged part of Australia’s landmass drops to the abyssal plane (or, the ocean floor). The warmer waters of the shelf, which abound with marine life, attract predators – like marlin and yellow-fin tuna – from deeper waters.

The nearby Mimosa Rocks National Park and Wallaga Lake host diverse native flora and fauna, and the summit of Mount Gulaga, the formerly active volcano that looms over Bermagui, offers outstanding views of the coast. (It last erupted around 60 million years ago, so your bushwalk is unlikely to be interrupted by Bermagui going the way of Pompeii.)

Consider pulling in at Six Mile Creek, in the nearby South East Forests National Park, where there are four spaces that can accommodate caravans. At Pipers Lookout, outside town, you can gaze south, on a clear day, over the whole coast. This may inspire you to head to the natural playground that is the Brogo Wilderness Area, in the Wadbilliga National Park. Here, you can walk a variety of trails in the native bushland, which is studded with rock orchids and a habitat for echidnas, goannas and other Australian icons. Alternatively, hire a kayak and paddle the Brogo Dam, exploring its gorges and remote corners.