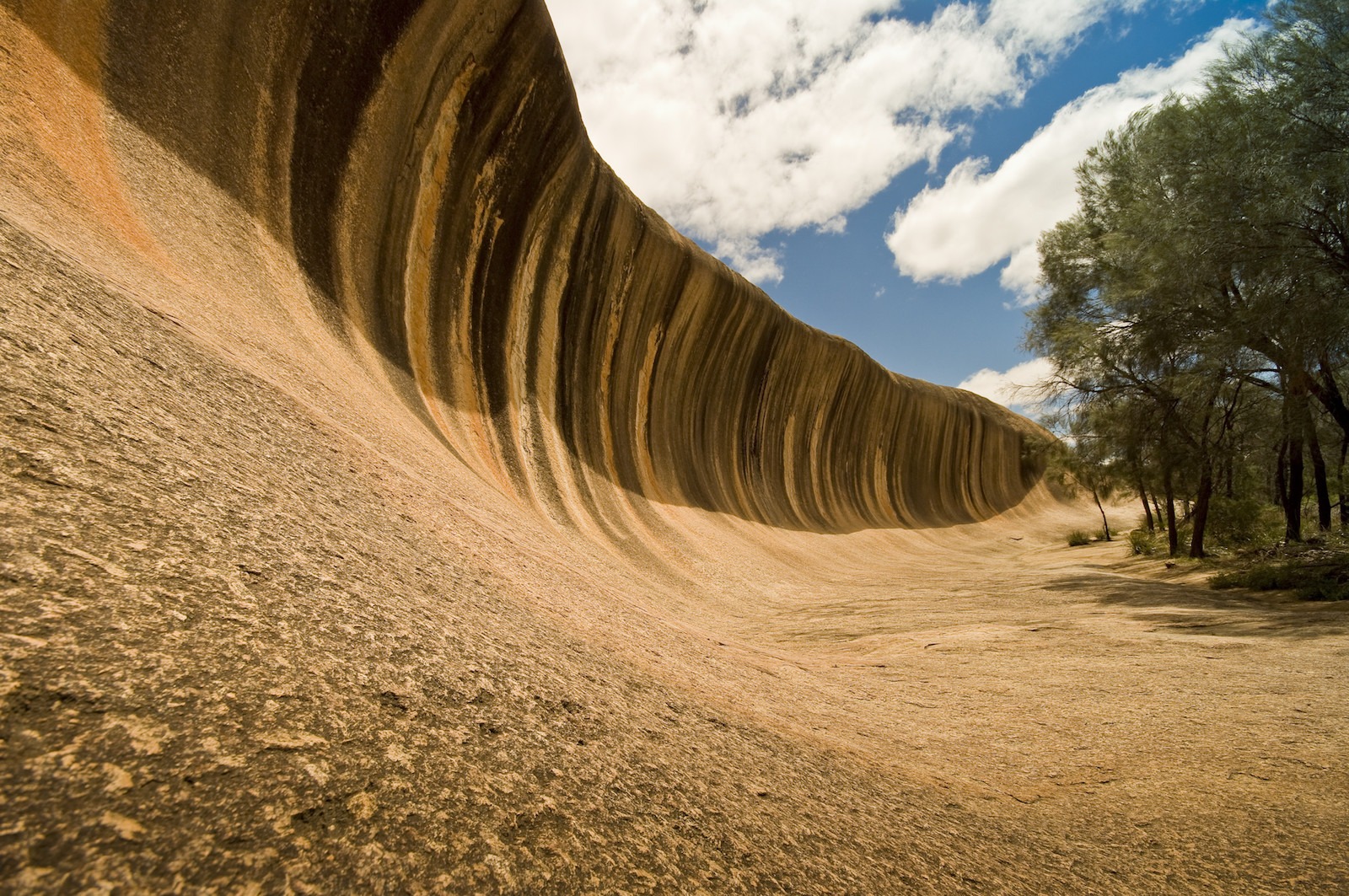 The Golden Outback is rife with curious contradictions: dynamic regional centres thrive beside ghost towns; vivid wildflowers spring up defiantly from desert soils; and unyielding outback plains are home to oases of arts and culture.

A kaleidoscope of colour, this south-western corner of Australia sprawls across a mighty 54 per cent of our largest state – from its blindingly white coastal sands right into its burnt, red belly. From the Golden Outback’s mesmerising salt lakes and ruddy desert, to its bizarre rock formations, woodland wilderness, and pristine beaches, this is one of Australia’s most timeless and enigmatic destinations.

Before heading into Western Australia’s red heart, there’s no spot more picturesque – or more aptly named – than the Turquoise Coast from which to start the self-drive adventure of a lifetime. Wind your way along the delightfully scenic Dandaragan Way drive, which starts at Regan’s Ford and runs along the Brand Highway, with a detour to Dandaragan, just two hours north of Perth. Your eyes will be glued to the window as you pass through the unspoilt, awe-inducing wilderness of the Badgingarra National Park region. Expect undulating hillsides, babbling creeks, marri trees, and thousands of colourful (and talkative) bird species.

Head to the nearby Pinnacles Desert, where thousands of hunks of limestone protrude from the ground like a bizarre, larger-than-life art installation. Take the time to walk among the Pinnacles, some of which tower at more than five metres high!

Further north, soak up some rays on the white sands of Geraldton, four and a half hours north of Perth. Geraldton is a well-established, trendy sea break thanks to the emergence of chic, on-the-pulse cafés, hip arts festivals, pearl boutiques and its treasure-trove of Indigenous culture. The sun-drenched seaside city also wins over visitors with its proximity to the region’s ethereal pink lakes and the myriad coral atolls that blanket its seabed

From Geraldton, head north to the Shire of Murchison, where you’ll find the impossibly tranquil Bilung Pool – a natural water feature set against an ochre-red rock face. Just five kilometres south of Bilung Pool are the Wooramel River gorges. The gorges are dry more often than not, but their bare riverbeds and white river gums make for a picturesque setting.

Gascoyne Junction is your gateway to the bewilderingly beautiful Kennedy Range National Park. The park sits on an expansive sandstone plateau, and is famed for its ancient rock formations and miscellany of spectacular outback flora. Its rubble-strewn slopes make the park a prime four-wheel drive self-drive destination for visitors who crave a wilderness adventure!