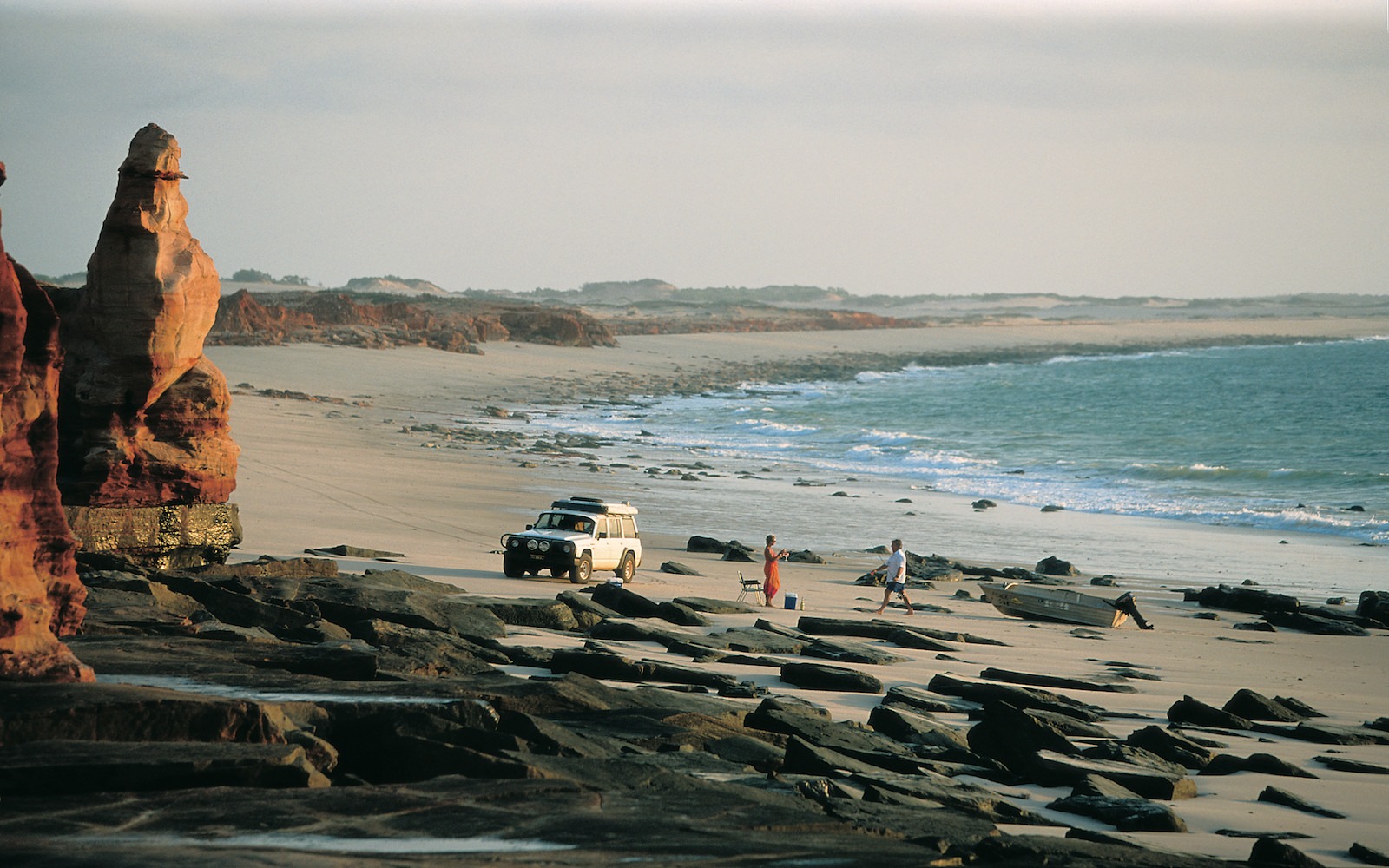 Fishing across the top

You are here: Home > Destinations > Queensland > Fishing across the top

When the dryness of winter slowly gives way to the wet of summer, the subtle change does not go unnoticed by the fish!

Spring rains signal a time of change and great fishing opportunities! I can recall one indicator of this, which I noticed while camped on the Gregory River in the lower Gulf country. Early spring storms had formed in the limestone country down around Camooweal, and were pushing up into the Territory and across the Barkly Tableland. They were mainly dry storms, but they grew dark and aggressive as the days wore on. Then the skies opened up.

All the rivers – from the Limmen Bight in the Territory’s western Gulf, to the Leichhardt in Queensland’s lower Gulf – gushed in walls of water. And the fi sh moved with the run, all heading for the open waters of the Gulf! Events similar to these occur right across the tropical north of Australia, from the Kimberley in the west to the reef waters of the east coast. They are an angler’s dream.

Most travellers move across the top during the traditional dry season. The physical reasons are obvious: avoiding closed and flooded roads, and benefitting from cooler temperatures. Those chasing fi sh will usually target two prime periods: the ‘run-off’ immediately following the wet season, and those early storm periods – the ‘fi rst fl ush’ – which herald the end of the dry. During these periods, the fi sh are at their most active, for it signals a time of aggressive feeding, aggregation, migration and breeding, before they again disperse to repeat the cycle.

The main target species for many anglers moving throughout the north during this time is the iconic barramundi. And while this noble sportfish is worthy of its reputation, it is not the most available, or the finest for eating. There are fish better suited to the dinner plate, and are those that offer equal qualities of fight and cunning.

For those visiting the west during this time, be prepared to catch tusk fish (blueys), javelin fish (grunter), queenfish, trevally, mackerel, threadfin, golden snapper (fingermark), Spanish flag (stripeys) and black jewfish. These highly sought-after fish abound in the near inshore and coastal waters of the Kimberley coast, from Broome in the south, right through to the Northern Territory border and beyond.