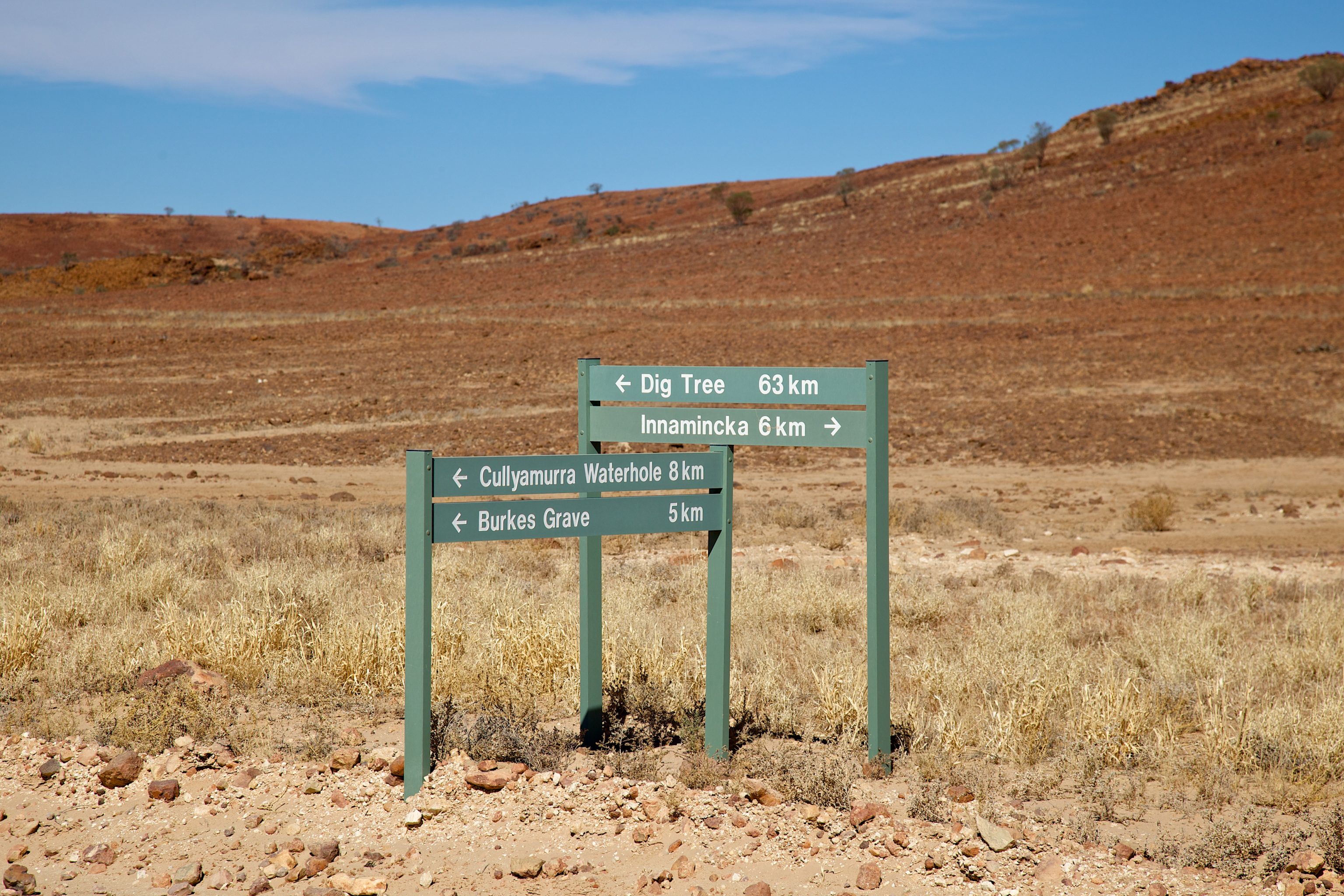 You are here: Home > Destinations > Queensland > Thargomindah to Innamincka

If you’re looking for a road trip to start the year off with a bang, the road between Thargomindah and Innamincka is filled with memorable surprises.

Start your adventure in Eulo, famous for its lizard-racing world championships. The recently developed Lizard Lounge is a fantastic place for a picnic while you take in the sights, and Eulo is also home to a date farm and winery. At the Bilby Burrow art and crafts gallery you can see local exhibitions and waxwork, and Eulo is also famous for its local native yapunyah trees, the blossoms of which are used to produce a rich and delicious honey. If you’re hoping to let your surroundings soak in a little more than this, just west of Eulo is the Artesian Mud Baths, where visitors can relax in a comforting hot mud bath with a sensational view of the outback scenery.

When you set off from Eulo towards Thargomindah, it’s worth pausing for a moment to remember that this region is where explorers Burke and Wills met their demise, at the infamous Dig Tree. In 1860, the Victorian Government agreed to finance an expedition that would be the first crossing of Australia from the south coast to the north coast, all the way up to the Gulf of Carpentaria. When the expedition left Melbourne in August, it comprised 18 men, 20 camels and a hefty load of supplies; but when Burke and Wills left Cooper Creek in Queensland to head further north, they left with only two other men, John King and Charley Gray, leaving the others at a support camp they had built near Cooper Creek.

The party reached the Gulf of Carpentaria, but Grey did not survive the return trip, and when Burke, Wills and King finally returned to their support camp, they found only a buried cache of supplies under the word ‘dig’. Unable to locate the rest of their crew, the party headed west, but it was not long until Burke and Wills died from starvation in a land where Indigenous people had long been able to locate food. By the time a rescue crew was sent out, King was the sole survivor of the south-to-north crossing. Today, not far from Innamincka in South Australia, the graves of Burke and Wills can be found.

Visitors can also explore the historic Thargomindah Artesian Hydro Power Plant, which was used to power streetlights in the late 19th century, making Thargomindah the first town in Australia to use hydro-electric power in this way. The plant often conducts live demonstrations, where visitors can get up close to this remarkable technology.