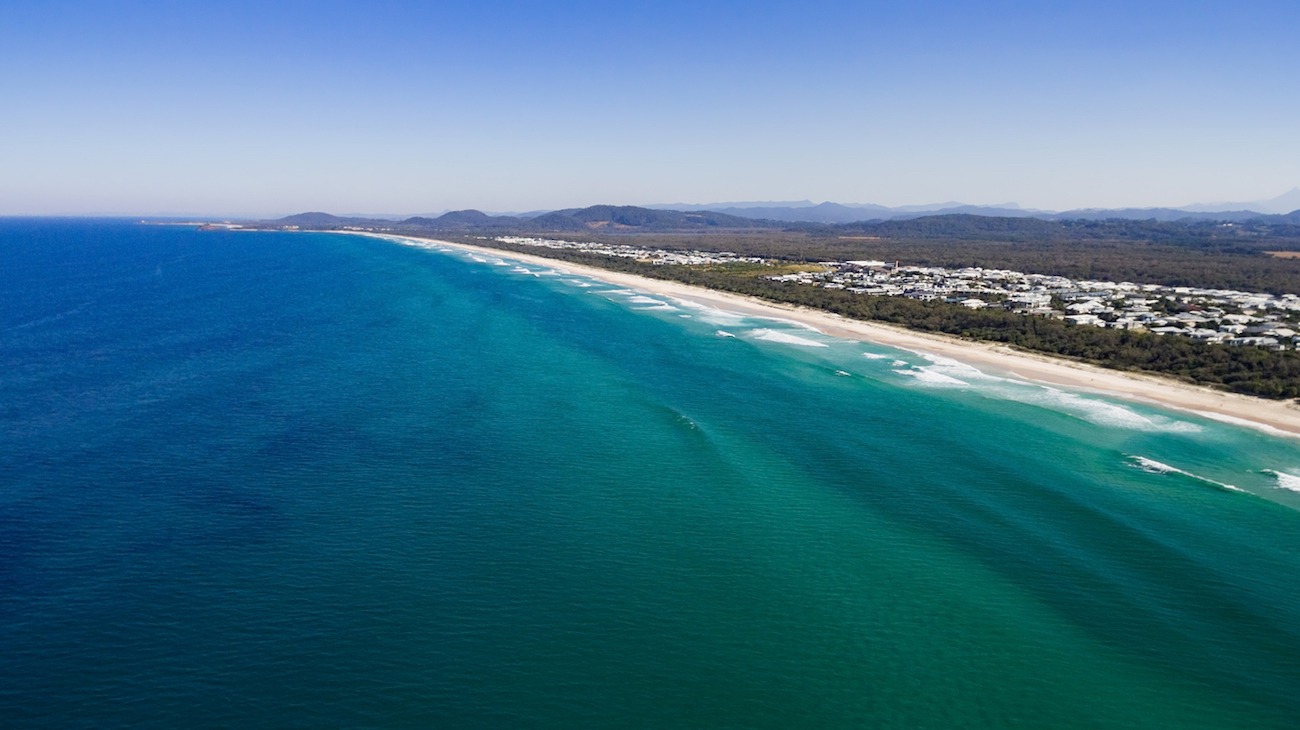 Sun, surf and sand – it’s what everyone looks for in a summer holiday. While the Gold Coast is famous for its astounding beaches, there’s even more to the region than what first meets the eye. Step away from the hum of the lively city straight into emerald seas at Kingscliff!

On the far north coast of New South Wales, the Tweed region is the Gold Coast’s friendly neighbour. With world-class surf breaks, you’ll be dying to catch a wave – regardless of your level of surfing experience. If it’s on the lower side, though, challenge yourself and learn to surf at one of the surf schools located in the area. If you’re looking to plunge yourself into calmer waters, snorkel along the Cook Island Aquatic Reserve and swim with green sea turtles, or head to Cudgen Creek to enjoy shallow waters with the kids.

Once you’ve cooled off enough, work up a sweat climbing Mount Warning at Wollumbin National Park before treating yourself to some of the region’s heavenly fresh seafood and a glass of crisp, white wine. Alternatively, head to the Kingscliff Markets for fresh produce and flowers of the highest calibre.

Next, hire a beach bicycle from Kingscliff Cycle Centre and explore the fabulous coast of Fingal Head along one of the beachside cycling paths, which boast brilliant views of the water’s edge and its surrounds. The best restaurants, cafés and bars for eating in style are on Marine Parade and Bells Boulevard.