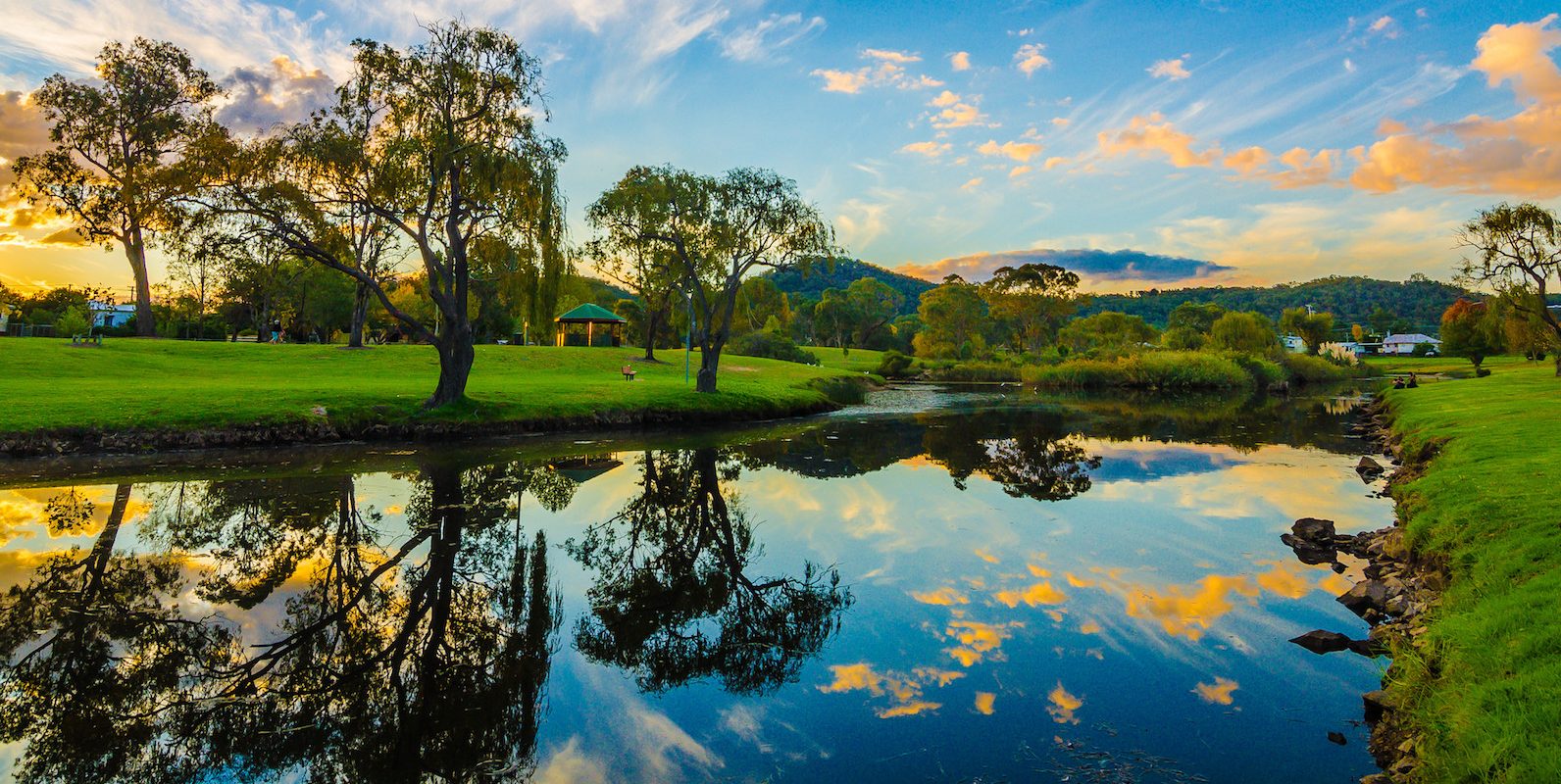 You are here: Home > Destinations > Queensland > Roads less travelled on the Country Way

Australia, the island continent with an arid centre, has always been partly defined by the relationship between its inland areas and its coasts.

Indigenous people flourished for millennia across the country, but colonists initially clung to the edges of the landmass like their lives depended on it – which they did, since the ocean was a crucial food source and a means of commerce, as well as a window to the distant outside world.

The Great Dividing Range formed a wall between the fledgling colony and the mysterious inland. Its rugged hills were criss-crossed with tracks that Indigenous people had used to range easily between the mountains and the coast, but it wasn’t until 1813 that Blaxland, Lawson and Wentworth crossed the Blue Mountains in New South Wales.

Later, explorers likewise expanded Queensland’s frontiers. This slow-motion push finally opened up, for colonists, the immense rangelands on the other side of the mountains (and killed off, once and for all, a catastrophic rumour among convicts that a route to China lay just beyond the Range, according to Robert Hughes’s The Fatal Shore). The stories that subsequently played out on these lands helped to form modern Australia.

From Tenterfield, the New England Highway will take you over the border into Queensland. Still in high country, it’s one of Australia’s premier food-producing regions. Discover Stanthorpe, which acts as the area’s agricultural hub. Built on tin mining, the town has an unexpectedly rich wine-producing history: one driven by the area’s Italian settlers and helped by a superlative climate. Flowers and fruit grow well here – the area produces most of Queensland’s apple crop – and the town itself is charming, with a busy events calendar and all the amenities you’ll need.

North of Warwick, visit the Glengallan Homestead & Heritage Centre to see how Australia’s version of Britain’s landed gentry once lived. Unwind in Allora, a farming community where you’ll find historic buildings and country hospitality. The nearby Goomburra Forest Reserve, which has been heritage listed by UNESCO, hosts diverse native wildlife and, with its manna gums, makes an atmospheric picnic spot. Enjoy the pretty countryside as you press on to Toowoomba.

Grand streetscapes attest to Toowoomba’s early prosperity, but the leafy inland city is now a thoroughly modern place, with excellent coffee, nightlife and other attractions. Green thumbs will be especially drawn to its 150 or so public parks and gardens. It’s not nicknamed ‘The Garden City’ for nothing!