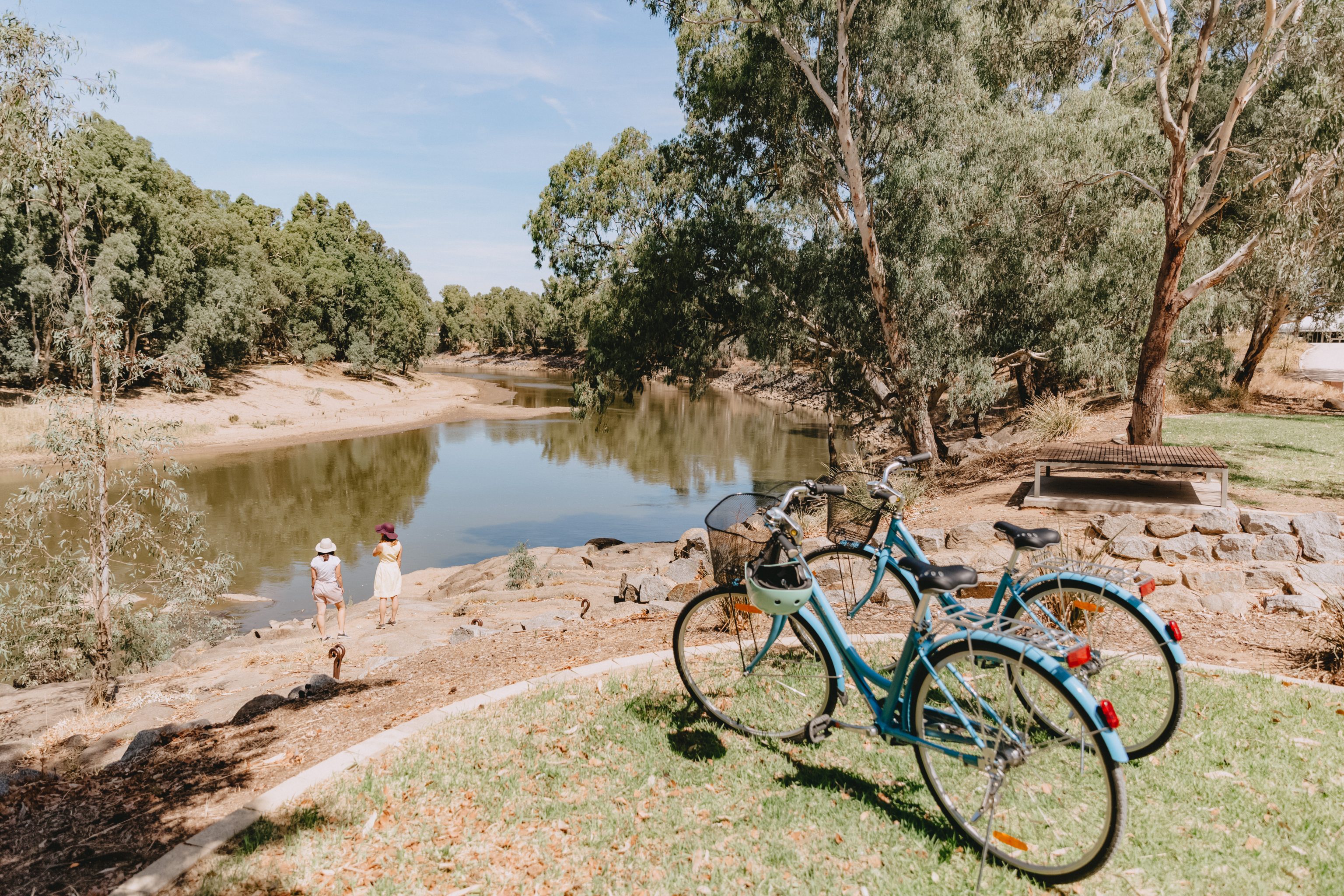 Travelling from Sydney to Melbourne is something that plenty of Aussies do every year, and often they make this trip as quickly as possible. When was the last time you stopped to smell the roses along the way? Join us for part two of this epic road trip.

Wagga Wagga is the place to be if you want to uncover the beauty of New South Wales’s Riverina region. Discover iconic regional art by spotting the colourful murals that adorn Cadell Place, between Fitzmaurice Street and the Murrumbidgee River. These artworks were created as part of the Lost Lanes festival (held in June) are by Australian artists.

From Wagga Wagga, make your way along the Olympic Highway towards Victoria. In an hour and a half, you’ll find yourself in the border town of Albury and, just across the Murray River, Wodonga will welcome you to Victoria. From Wodonga, it’s a one-hour drive to the regional Victorian town of Benalla.

Benalla offers everything that you could ask for from a regional city, from exceptional art and captivating history, to outdoor activities and everything in between. While you’re in town, be sure to put aside a few hours and make your way around the North East Victoria Silo Art Trail. This two-hour round trip covers approximately 132 kilometres and passes through the towns of Goorambat, Devenish, Tungamah and St James. Along the way, you can marvel at the large silo artworks created by talented street artists, including Benalla artist Tim Bowtell. Pop into the Benalla Visitor Information Centre in town for a map and directions.

From Benalla, hit the road and make your way towards Melbourne via the Hume Freeway. Along the way, be sure to stop in the regional city of Seymour, where you can uncover heritage delights, including the Seymour Railway Heritage Centre and the Australian Light Horse Memorial Park. The drive from Benalla to Melbourne will take just over two hours, and at the end of your journey, you’ll have the whole of Victoria’s state capital to explore.

Be sure to check out Caravanning Australia Spring 2021 for more!