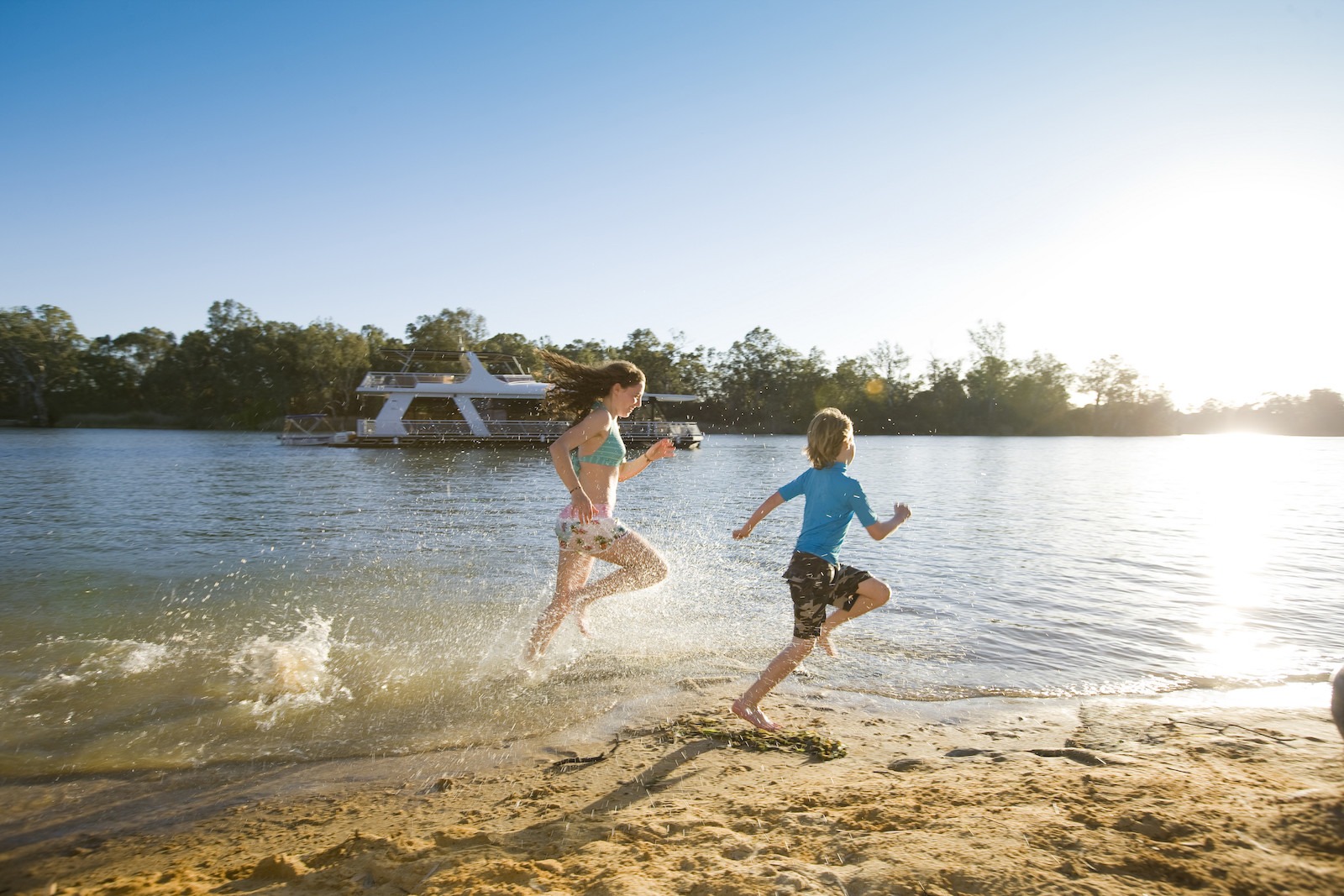 Thinking about travelling along the Murray River? Honestly, we don’t blame you. This 659-kilometre monster will deliver some of the greatest views you’ll ever experience. How do you tackle this humungous path, though? Well, we have you covered.

This leg is a massive 242 kilometres but is filled with history at every single turn. At this point, the river winds from its mountain source before it hits the town of Wodonga. Wodonga, along with its sister city Albury, cover the river at the Victoria–New South Wales border, making them both popular spots for water sports.

A little further downstream from Wodonga is Rutherglen. The famous wine centre is known for its fertile ground and mild climate, allowing it to produce spectacular white and red wines. You’re also able to sample wines from some of the best wineries around, including Brown Brothers and Gehrig Estate.

It’d be criminal to talk about this leg and not mention the Port of Echuca; an area riddled with cafes, restaurants, shops, and home to largest fleet of operating paddle-steamers. There’s also plenty to do on this leg, too, with water skiing, swimming and the popular Riverboats Music Festival attracting thousands each year.

The Barmah National Park, located about 30 minutes from Echuca, is a must-see as it plays host to the world’s largest River Red Gum forest. The national park is an absolute treat for adventure lovers as there’s endless opportunities to go swimming, canoeing or simply just explore the forests and waterways.

Despite another large leg (approximately 264 kilometres), this trip takes you to a breathtaking desert environment; a stark contrast from a river-like bushland you just came from. This adds to the beauty, though, as the oasis of Mildura is complemented by the fact it’s situated right on the Murray River. As a result, restaurants, cafes, trails and golf courses have the Murray as its backdrop – how good is that?

The Murray-Sunset National Park is the go-to location in Mildura as it’s known for its different wilderness zones. These include native pine woodlands, red sand dunes, saltbush flats and billabongs that can actually be found near the Murray River. 44,000 hectares was added to the landscape in 2012, making it the largest national park in Victoria.