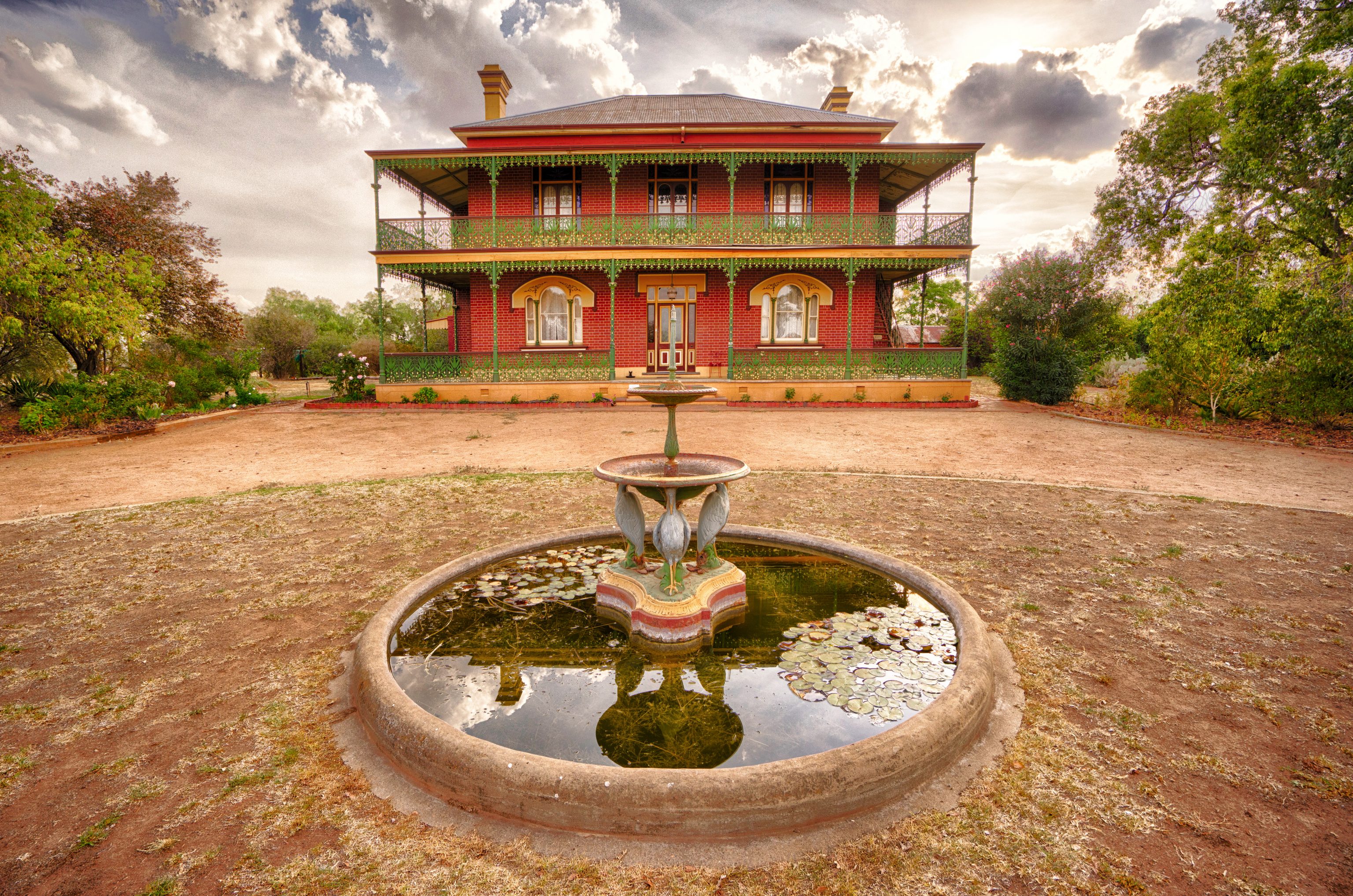 You are here: Home > On the Road > Top five paranormal sites in Australia

Australia has its fair share of paranormal tales and hauntings – it comes as no surprise with its chequered history of convicts, colonisation and colourful characters. Explore cemeteries and abandoned buildings dating back to the 19th century, and even spend a night in a haunted house (if you dare).

Built in 1884, Monte Cristo is often dubbed the most haunted house in Australia. Located in Junee, New South Wales, it has a past studded with tragedy, which has led to reported apparitions, strange orbs, poltergeists and phantom noises. Built by farm owner Christopher Crawley, it was then passed to his wife Elizabeth after his death in 1910. She became a recluse, and allegedly only left the house twice after his death – a sudden gust of ice-cold air is meant to signal her ghostly presence today.

The hauntings don’t end there – a maid who plummeted to her death, a stable boy who burned in his bed and the ghost of a man named Harold who was sadly kept chained in the cottage are all thought to wander the grounds. The sound of clanking chains is said to warn visitors of his presence.

Now, this homestead is open for self-guided tours and Devonshire tea. On Saturday nights, you can enjoy a home-cooked dinner and a ghost tour, or even stay overnight in this historical homestead to see if you have any otherworldly encounters.

Legends say that a runaway bride named Oolana leapt to her death on this sacred Indigenous site when she was barred from marrying her one true love. As a result, Devil’s Pool is allegedly cursed – Oolana is said to have lured 17 men to a watery grave in the past 50 years.

According to Aboriginal legend, Oolana’s spirit still guards the boulders and her calls to her lover can still be heard. A haunting epitaph commemorates this: ‘He came for a visit… and stayed forever.’ This spot isn’t far from designated swimming areas, but be cautious and obey signage to stay safe.

Once the city’s main cemetery, Toowong Cemetery sprawls over 44 hectares of land. There are many graves of note here, such as that of the suffragette Emma Miller, Brisbane’s first Lord Mayor John Petrie, former Prime Minister Frank Forde and, possibly the most salacious of all, Jack the Ripper suspect Thomas Porriot.

Stories of supernatural happenings haunt this cemetery’s grounds – from the ghost of boxer Peter Jackson to a vampiric figure who haunts Avenue 12. It’s also rumoured that if you park your car in neutral at the base of Spook Hill, the car will defy gravity and roll up the hill – pulling you towards the graves of two young women who tragically died in a car accident.

This prison is known to have contained some of the most infamous criminals in Western Australia between 1855 and 1991. Join these guides in the dark as they regale you with ghastly tales from the past. These stories cover executions gone wrong, unjust imprisonment and bone-chilling crimes.

In its time as a jail, 44 people were executed here. One of them was Martha Rendell, a woman convicted of murdering her three children. Legend has it that her face can occasionally be seen in the chapel window.

Located on the Gold Coast, the Dreamworld theme park is Australia’s largest theme park. It’s also known as the shooting location of the Australian Big Brother, which is where many hauntings have been reported. A small girl walking in corridors has been reported multiple times, as well as an unexplained fog floating through the premises.

Another ghost spotting is that of Jack Darke, a British born miller who migrated to Australia and worked as a gold prospector in the town of Gold Rush, Queensland. He tragically died in the buzz-saw at the Gold Rush sawmill, and since his death, there have been numerous sightings of his ghost. It’s reported that his ghost has attached itself to the Buzz Saw ride, and can often be seen next to patrons on the ride.

For more paranormal destinations in Australia, read the Spring 2021 issue of Caravanning Australia!