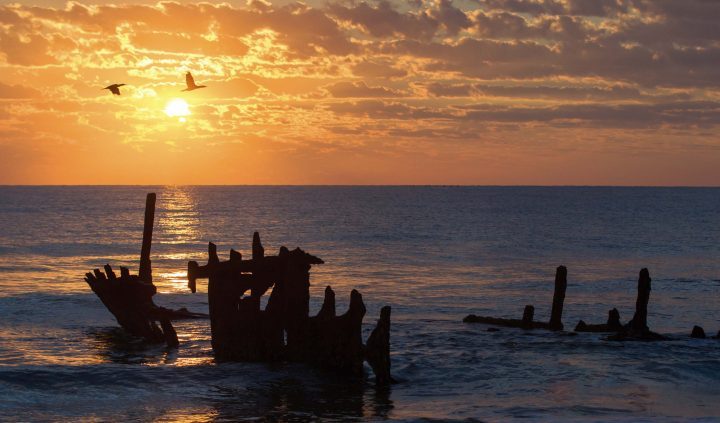 Around 8000 shipwrecks are buried off the coast of Australia, but only a mere quarter of them have been found. Here are two of Western Australia’s most infamous shipwrecks.

Lost in 1622, the Tryall belonged to the British East India Company, and departed from England on its maiden voyage to Bantam in 1621, carrying 143 people. But, after striking a reef near Barrow Island, the ship capsized, taking more than 90 people with it to their watery graves.

Those who survived were able to escape the wreck in a skiff and a longboat but following this disaster, accusations of negligence, incompetence and thievery were made against the ship’s captain, John Brooke. After historical records were consulted, it was discovered that Brooke had lied about where the ship went down in order to create the impression that he had been following orders when he had met an unknown reef.

Brooke had, in fact, struck a reef known to sailors as Ritchie’s Reef, an area that was subsequently renamed Tryal Rocks. The wreck was finally located in 1969, more than 300 years after its demise. Today, the site remains unsafe for divers, with huge ocean swells making exploration extremely dangerous.

The Batavia – the site of a horrific mutiny

When the Batavia set sail from Holland, the ship was carrying a large cargo of silver coins, prefabricated sandstone blocks, and even two expensive antiquities on their way to an Indian Mogul ruler. After a journey filled with tension and rivalry between Francisco Pelsaert, the merchant in command of the Batavia, Ariaen Jacobsz, the ship’s often drunken captain, and Jeronimus Cornelisz, the ship’s undermerchant, the Batavia was wrecked in June 1629. More than 180 passengers were rescued and carried to nearby Beacon Island, while around 70 men remained on the ship.

When it became clear that the group would not survive long on Beacon Island, Pelsaert, along with a group of 47 other men, went in search of help and water. After 33 days at sea, the rescue ship finally reached Batavia, where one senior commander in the party was executed after testimony from Pelsaert, and another was arrested. Pelsaert was released and sent on a rescue mission, but by the time he reached the wreck site, 63 days had passed and many had already drowned on the disintegrating ship.

In Pelsaert’s absence, Cornelisz had claimed authority over the survivors on Beacon Island and the nearby Traitor Island, systematically executing any who opposed him, including women and children. Eventually, Cornelisz was taken captive by a group of survivors, and his companions were executed. Cornelisz himself was held as a prisoner until the group was found by Pelsaert and his crew.