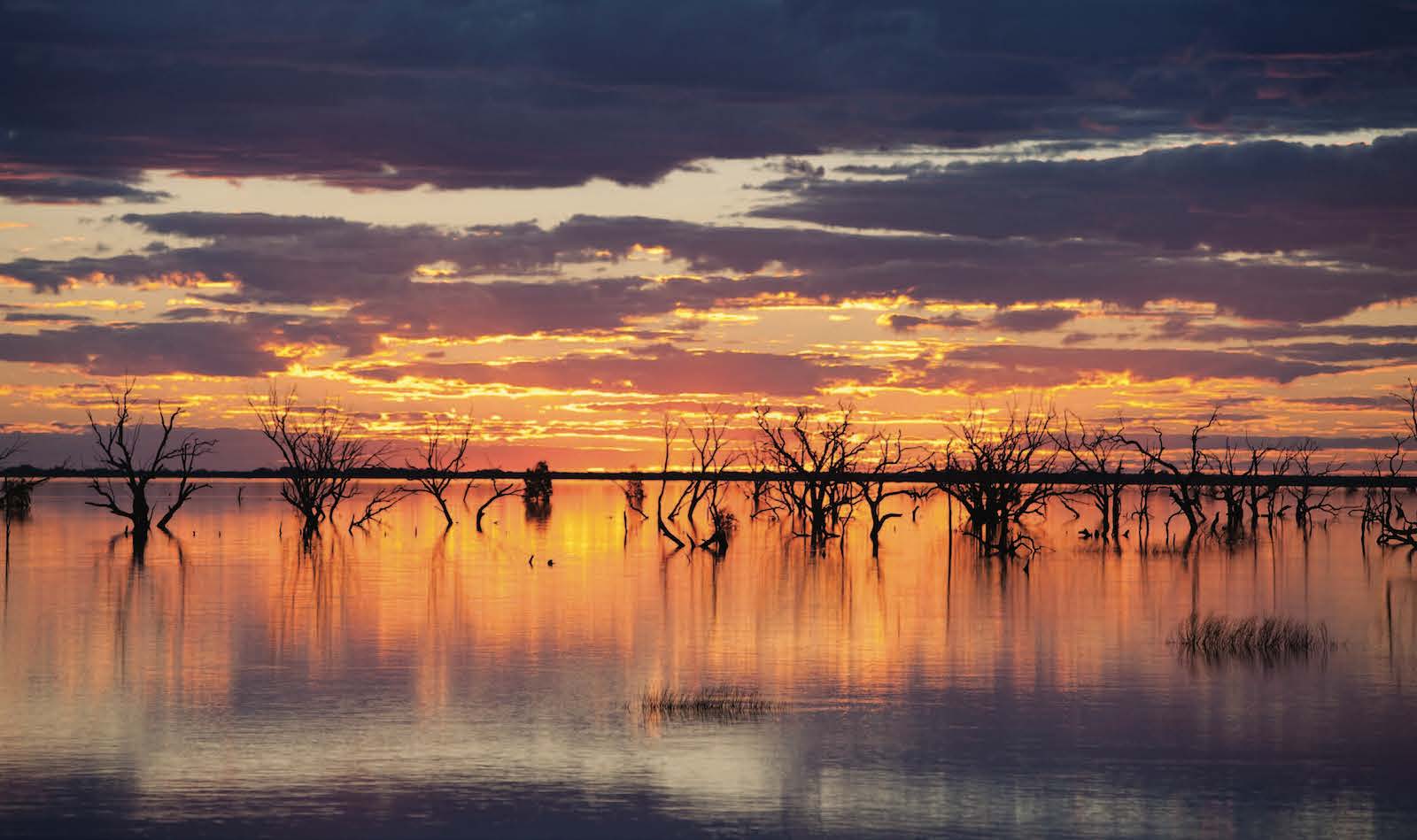 You are here: Home > Destinations > New South Wales and ACT > Walgett to Bourke

The name Walgett translates to the ‘meeting of two rivers’ – the Barwon and Namoi, to be specific. This friendly and lovable country town will have you feeling settled in no time, and is the perfect base from which to explore the surrounding opal fields.

For those looking to catch their dinner, drop a line in the Darling or Barwon rivers to hook yourself a tasty Murray cod or golden perch (yellowbelly).

Lightning Ridge is just under an hour away, and is home to the magnificent and rare black opal. You can also find dinosaur bones here that have been opalised over hundreds of millions of years.

If you’re feeling a little chilly, or you just want to take a dip and soak your weary bones, stop by the hot artesian bore baths at Burren Junction, where the water stays at a balmy 41 degrees Celsius all year round.

Next, head west along the Kamilaroi Highway towards Bourke, a town famously referred to by Australian bush poet Henry Lawson: ‘If you know Bourke, you know Australia’. There’s also the scenic route along the Culgoa River for those who don’t mind the gravel road.

In Bourke, you’re on the precipice of the Great Australian Basin (GAB), which underlies 23 per cent of the continent, or 1.7 million square kilometres. To give you an idea of just how big the GAB is, the amount of water in this underground ‘water tank’ could fill Sydney Harbour 130,000 times.

Get a dose of the Darling River onboard the PV Jandra, a paddleboat that cruises along a route that was, once upon a time, bustling with boats carrying wool bales up and down the river. The Port of Bourke was one of the busiest inland ports in the late 19th and early 20th centuries, and the PV Jandra gives visitors an opportunity to revel in the stories from that time.