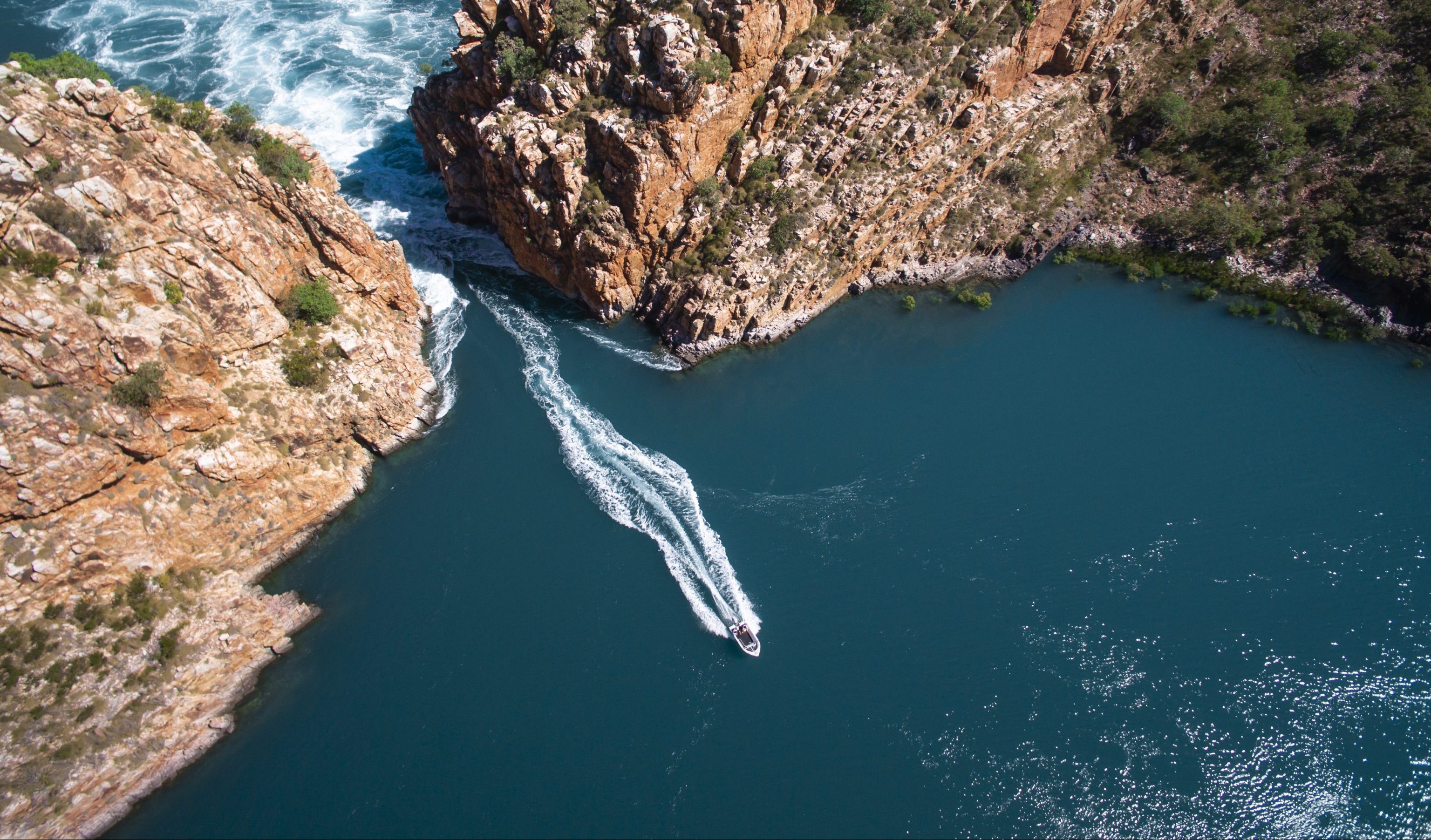 Western Australia is one of Australia’s most diverse states, and as such there is so much to discover. Covering almost one-third of the country, the state offers towering rock formations, startling reefs, sacred Indigenous sites, beaches that seem to go on forever, sparkling bodies of water and ancient subterranean networks.

Once described by David Attenborough as ‘one of the greatest natural wonders of the world’ (tall praise from the world’s most-travelled naturalist), Horizontal Falls is a must-see attraction. It’s a stunning natural phenomenon – fast-flowing streams of water push through twin gaps and crash from an impressive height. There are only two of these horizontal waterfalls in Western Australia – so pop these on your bucket list.

Ningaloo Reef is a majestic sight, and it’s easy to see how it got its World Heritage listing. Claiming the title as the world’s largest fringing reef (and one of the longest near-shore reef systems in the world), the Ningaloo Reef is regarded as one of the world’s last great ocean paradises, and stretches 300 kilometres from Red Bluff to the Muiron Islands in the north, and Bundegi Beach in the east. The incredible biodiversity here includes rare marine flora and fauna, including whale sharks (the largest fish in the world), 300 to 500 of which congregate here each year between late March and mid July.

Within three hours of Perth, just outside the coastal town of Cervantes, you can see one of the most incredible sights in the world. The Pinnacles are limestone pillars (nicknamed the ‘Rock Stars of the Outback’) that reach up to the sky against a backdrop of sand dunes. Their otherworldly nature is magical – you can see why the Pinnacles were mistaken for ancient city ruins by Dutch sailors in 1700.

To read more about Western Australia’s jaw-dropping sights, check out the Summer 2021–2022 edition of Caravanning Australia.